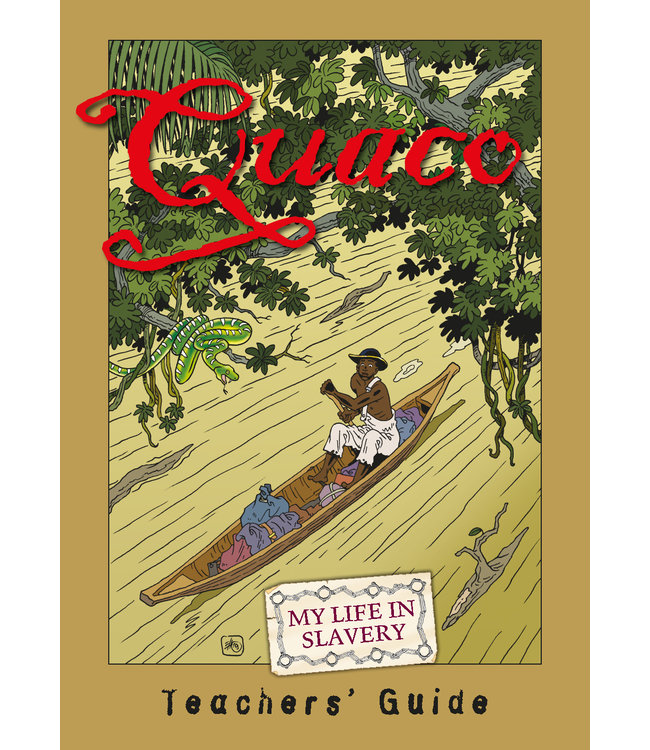 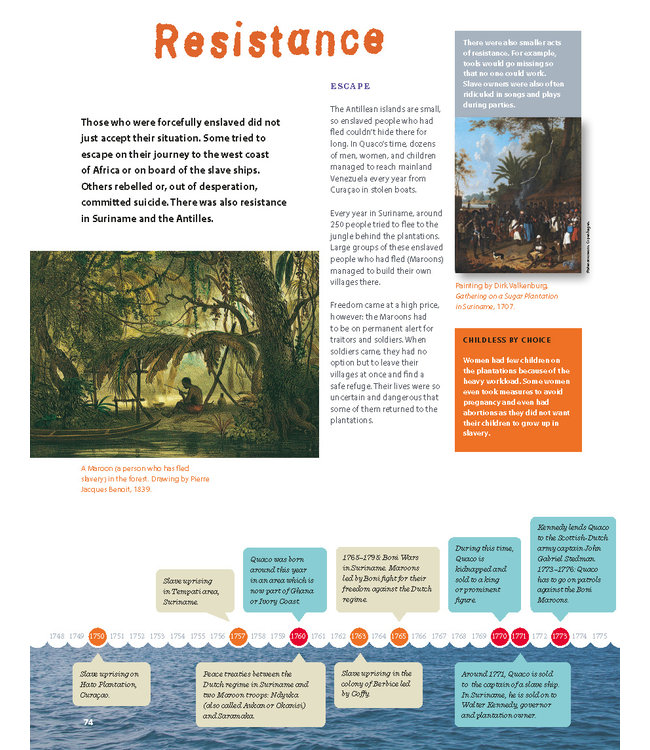 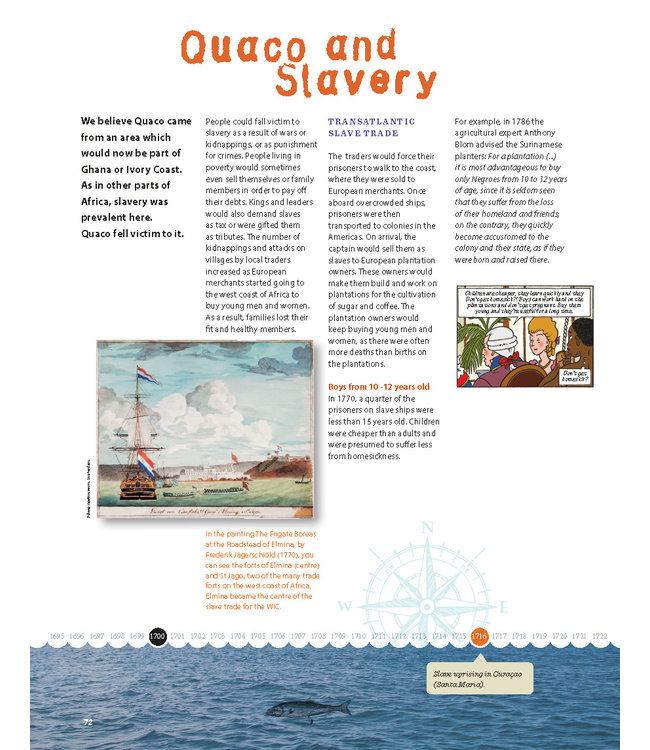 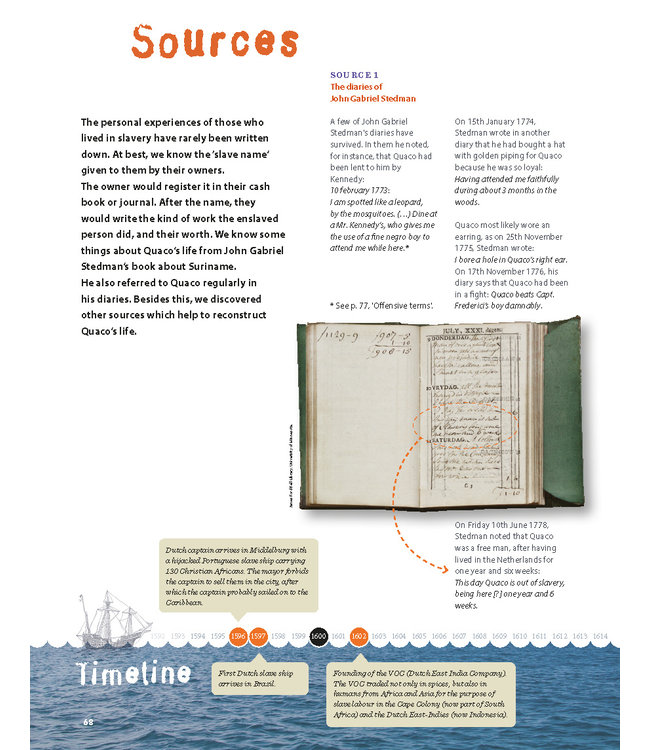 The Quaco school pack (25 copies), consists of the latest edition of Quaco, together with a dossier in which the broader context is outlined. Maps and timelines are included too. Also included in the school pack, is a teacher’s guide and teaching materials, for all levels of secondary education. You can find the lesson materials on the Quaco website.

The primary target group is KS3, however in practice, the pack is suited for ages 12-16.

We can offer a bulk-buy discount for purchases over 25 copies. Please contact [email protected] to enquire about this.

A story from the Dutch history of slavery.

Quaco was just a boy when he was ruthlessly kidnapped by human traffickers around 1770. After a long journey on foot, he was sold to the captin of a slave ship. Quaco managed to survive the harrowing ocean crossing, and eventually landed in Paramaribo on the estate of the wealthy plantation owner and administrator Walter Kenndy. Quaco became Kennedy’s footboy and was later ‘lent’ to the army captain John Gabriel Stedman, whose task was to hunt down Marrons (runaway slaves). Along the way, Quaco is exposed to the hard life of the plantations. The military missions put Quaco in a moral quandary, and on top of it he risks losing his true love Afua.

Quaco was one of the millions of Africans who fell victim to the trans-Atlantic slave trade. His life story is partly based on John Gabriel Stedman’s illustrated memoires of his time as an army captain in Suriname.